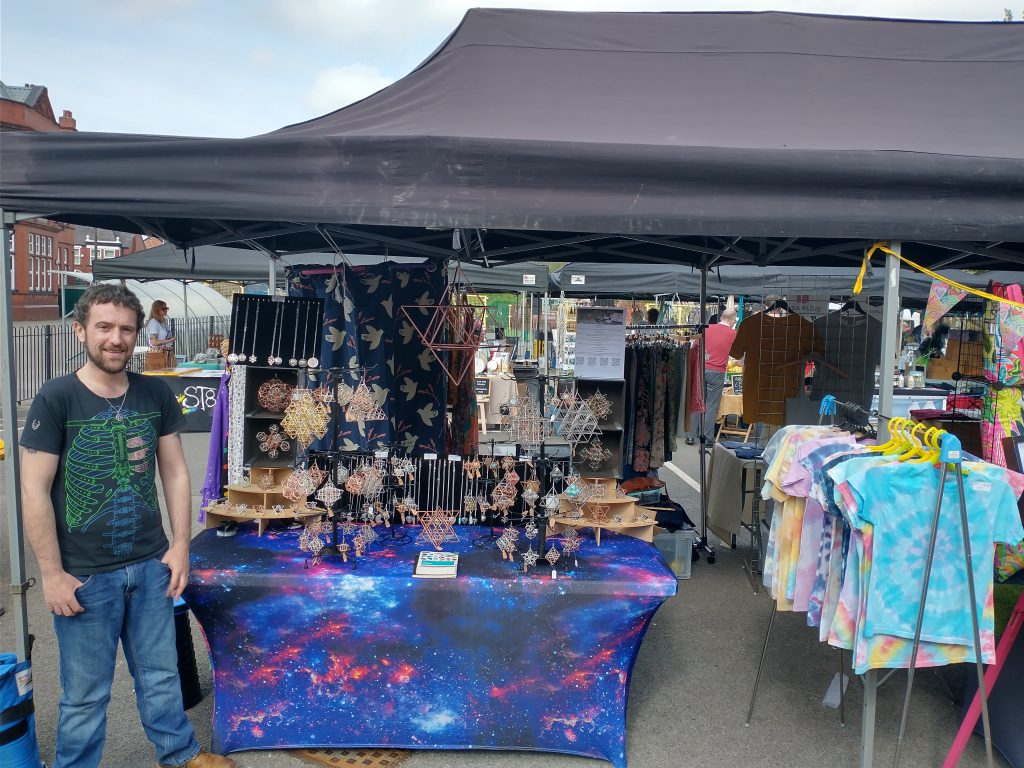 I was born in Scotland but have lived in Manchester since infancy with my Mother and Sister after my parents separated.

In my childhood, whenever we were off school we would spend time in Ireland with my Mothers family or in Scotland with my Fathers family, so the way I look at my childhood was that I was schooled in England but raised between 3 countries, and it’s this early exposure to similar yet different cultures that I credit as the spark of my curiousity.

There were countless others too, but these were the foundation on which a lot of my current thinking still sometimes turns back to and ultimately were the first inspirations behind the work I do today.

Aside from my active imagination, I also loved puzzles, jig-saws and tile puzzles, and anything with an element of skill, like screwball scramble where timing and technique were involved.

My last childhood loves were reading and acting. I blasted through the banana books in primary school and still love reading to this day, although my reading tends to lean more toward research these days. All I wanted to be when I was a kid was an actor and went on to lead a number of plays in primary and high school, as well as becoming a member of The Contact Youth Theatre in my last year of high school till leaving when I was 19, The 4 years at Contact were the happiest of my youth.

When I was 10 we moved from my childhood home into a pub, my Mother and Step Dad were the licensees. It was here that I got my early education of seeing people at their best and at their worst. It’s also where my work ethic comes from, being that Home and Livelihood were one and the same, it’s something that my Mother had known growing up on a farm, and something i now have in my own life, given that I work largely from home.

I was an activist in my college days after joining Lesbian & Gay Youth Manchester and actively took part in protests against Section 28, my proudest moment being part of a company of people who snuck into a conference at Old Trafford Football Club that our workshop had been banned from and conducted the workshop anyway in protest. I also engaged in the campaign to equalise the age of consent for gay youth. Activism is something I have in sights again for my future with plans in line already for my own YouTube channel as well as a non fiction book I want to write invloving themes of homophobia and cycles of abuse.